The second you think of Florence museums, Uffizi comes to mind! Today we cannot imagine the Tuscan art scene without this iconic museum; one of Italy’s major attractions holding the most significant works of the Italian Renaissance.

Uffizi was not originally intended to be a museum, it was built to house the administrative and judiciary offices of Florence (“uffizi” in Italian literally means “offices”). In the 1550s, Cosimo I de' Medici, called upon his beloved architect Giorgio Vasari to design the U-shaped building we see today.

Vasari also built the famous corridor that joins the Uffizi and Pitti Palace. At that time, the Medici hegemony was secure over Florence and all major palazzos were owned by a single family.

In Vasari’s plan there were a few halls built to display prime works of art from Medici collections. Over the years, the collections were continuously updated by new members of the dynasty, more and more sections of the palace were given up to exhibit paintings and sculpture. A great example of how art evicts government offices, not vice versa! And the artworks were by the greatest evictors, since the collection includes: Leonardo da Vinci, Michelangelo, Caravaggio, Botticelli, Titian, Rubens, Raphael, Parmigianino, Rembrandt, Uccello, Lorenzetti, and Giotto among others.

The Medici family died out in the 18th century and according to The Family Pact signed by Anna Maria Luisa de’ Medici, the last of the Medici dynasty, all art and treasures had to remain in Florence “as decoration for the State, for the utility of the Public and to attract the curiosity of Foreigners”. It was declared that the Uffizi was a “public and inalienable public good”. The Gallery opened to the public in 1769. 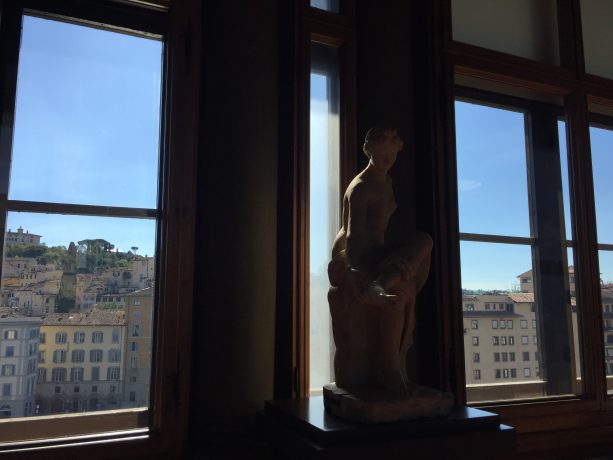 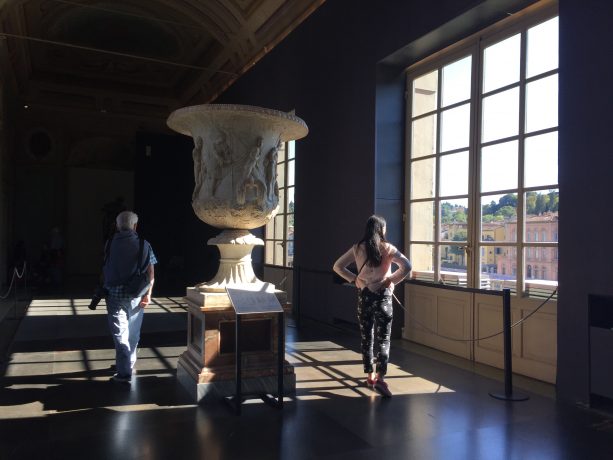 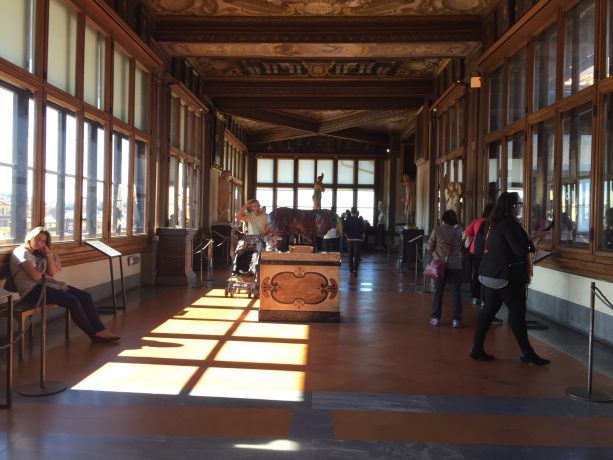 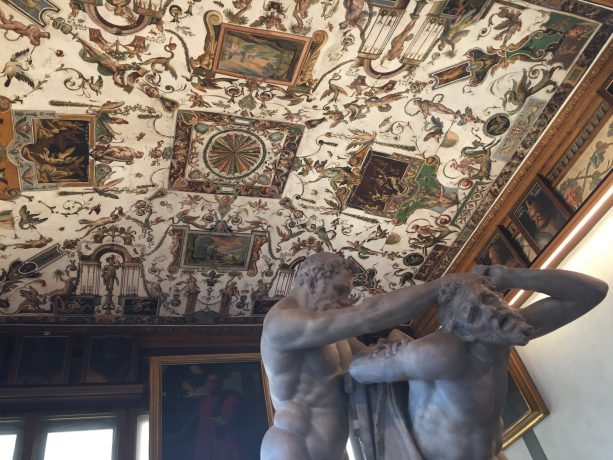 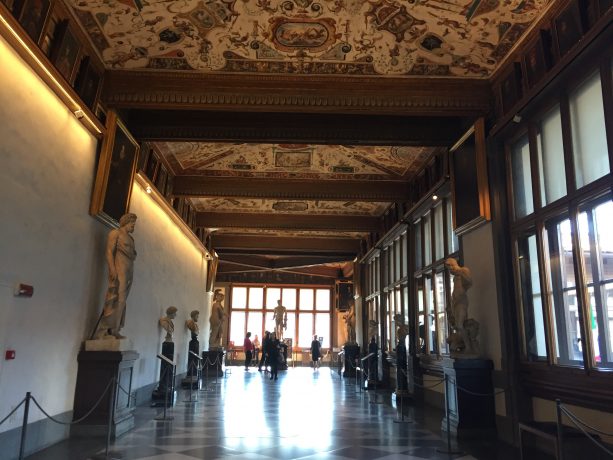 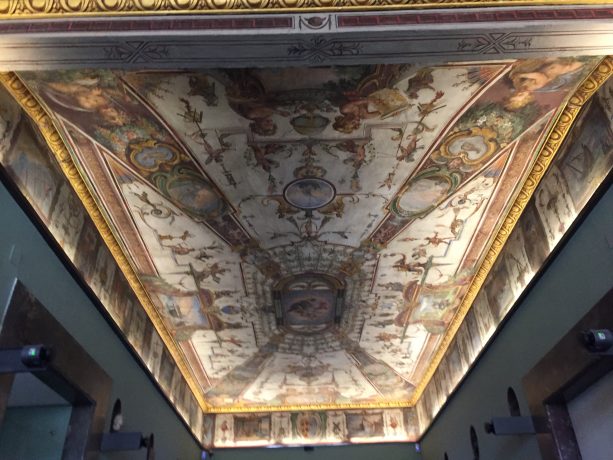 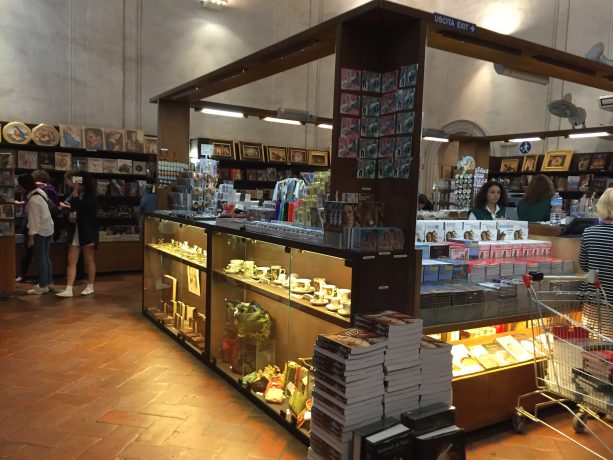 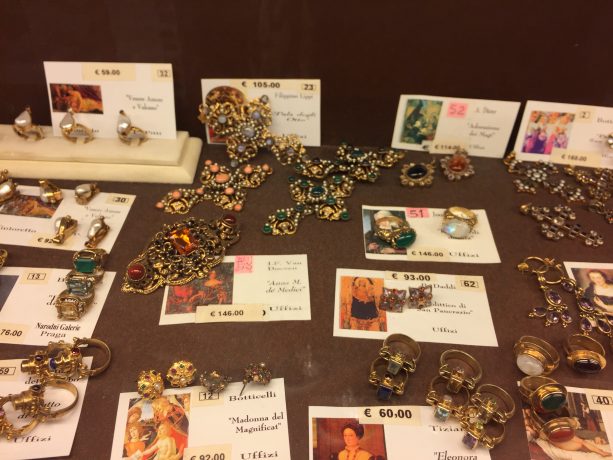 Uffizi is now undergoing a major renovation, but visiting the Gallery you would never even notice! The decision to keep the museum open may have cost millions, but it has allowed one of the most visited museums in the world to remain open.

The New Uffizi project has already doubled the exhibition space, permitting the works to be re-organized by artistic periods and themes. Every year several rooms are closed, while works are temporarily moved to other halls. Step by step the museum acquires new lighting, air conditioning and new security systems.

“The New Uffizi” will also include a new restaurant, new exit designed by architect Arata Isozaki, new lecture halls and new opportunities for exhibitions and creativity and most importantly more space to accommodate visitors! Today Uffizi can generally host 4000 visitors a day, but with the expansion the number will increase to 8000. And this will mean the end to long waiting time to get in. The reconstructed Uffizi will be the place where tradition meets modernity and antiquity meets comfort.

Tip: Online ticket is a must! The lines to buy the ticket can reach up to 5 hours during peak seasons (July, August). Fact: Uffizi’s architect Giorgio Vasari wrote a book about the Gallery entitled “Lives of the Artists”. In it he referenced several regular patrons of the Uffizi including Leonardo da Vinci and Michelangelo. 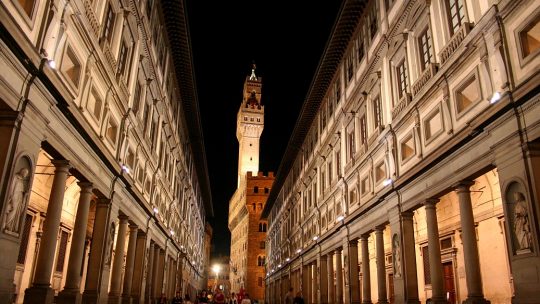 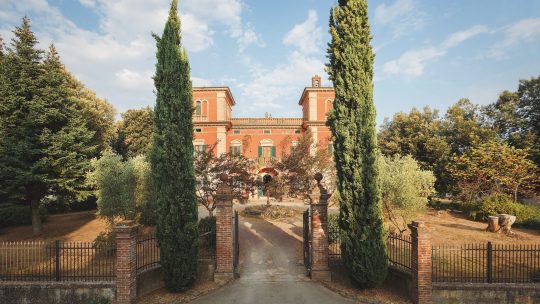