The Estonian National Museum, located in Tartu, was founded in 1909 to research and present the country's history and culture. In the 20th century Estonia went through a lot, including Soviet occupation, German occupation, and post-World War II Soviet re-occupation, before it finally became an independent state in 1992. Today, the Estonian National Museum (ENM) preserves traditions and generates cultural dialogue linking the past and the future. Because of this, it is symbolic that the new museum building was created by Lina Ghotmeh, Dan Dorell and Tsuyoshi Tane on a Raadi airfield, former manor, and later Soviet military air base.

In 1922 the Raadi manor was adapted for the Estonian National Museum. During the Second World War the building was heavily damaged by fire and the museum's grounds were given up to use for the largest Soviet military airfield in the Baltic region; the museum's collections were placed in temporary locations. In 2003, it was decided to restore the original Museum at Raadi. More than 100 projects were sent for the architectural competition and the winner was “Memory Field” by Lina Ghotmeh, Dan Dorell and Tsuyoshi Tane. We were excited to have a chance to learn about the museum first-hand from one of the creators of the museum, founder of “Principal Architects,” Lina Ghotmeh:

How did your collaboration with Dan Dorell and Tsuyoshi Tane begin? Was it your first project together and is there anything in the works? Our collaboration started in London, where I was working on a joint venture between Ateliers Jean Nouvel and Foster and Partners. I found the competition online and just a short while before that, I had met Dan (working at Nouvel with me) and Tsuyoshi (a friend in London working at Adjaye's office).

We got along. I proposed to enter the competition together. With no prerequisite, the only drives where passion, challenge and fun. I think our situation was the product of this century:  globalization, speed and high mobility.

Three architects from different corners of the world, fortuitously meeting and trying to get into the same challenge. We won the competition and decided to partner to realize this building. 10 years of our work, of persistence, and the building is now sitting powerfully in the landscape. 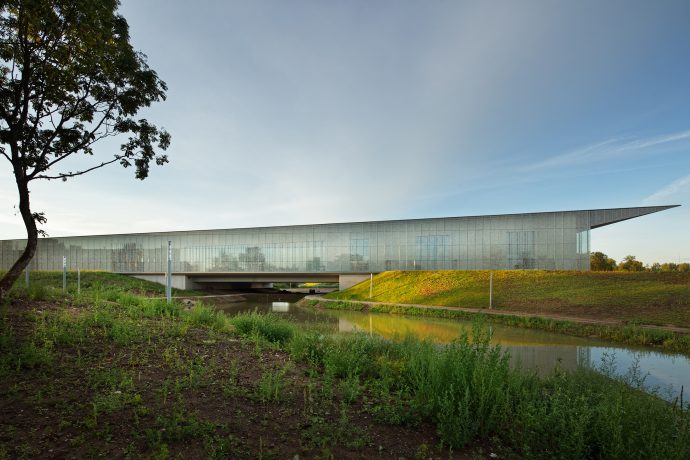 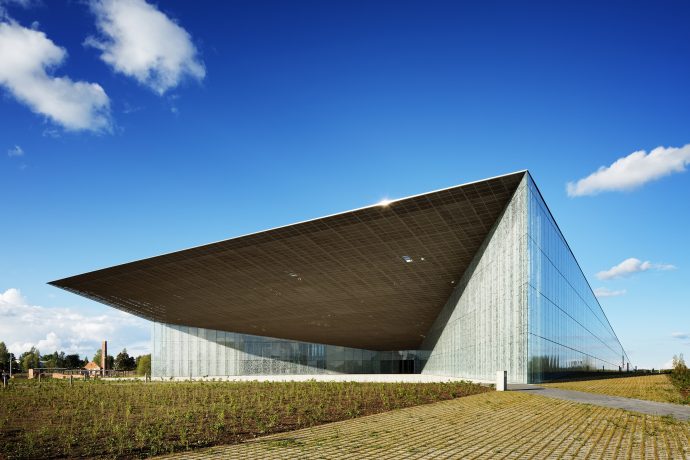 It was a great achievement and the opening of this museum marked a milestone for a new chapter for me, while we parted ways; I broke into new grounds with Lina Ghotmeh - Architecture continuing the projects I have designed until then (project of Realimenter Massena in Paris, Stone Garden in Beirut etc.) and leading with my vision a very talented team of around 16 architects.

Can you tell me about your thought process when starting to work on the museum building? Like an Archaeologist, I always begin with a question, rather than with seeking an answer. What is a national museum for Estonia? Why this particular site? What is a museum today? I look for stories, traces, histories.

Questions are the essence. Architecture must embody critical thinking for it to produce new relationships with the precise spatial realm we draw.

I feel it is powerful when it is capable to question its status, its site through its meticulous matter and materiality. Our museum proposal, opens the boundaries of the institution. it is not a stagnant building, it is an incubator of possibilities, a place where Estonians could constantly manufacture identities. We didn't want to make an enclosed icon, but a timeless Architecture that could act as an urban generator for its site. The building links to the history of the site, its Architecture reads with these multiple identities (a canopy, a bridge, an open platform, a micro-city).

It is a very materially-present building, yet one can read clearly its concept. One can feel the airport through the Architecture of the Museum, the way it falls into the ground, or it flies out of it.  I was really touched when visitors of the project could feel the reason behind this building, its tight link with the landscape, the way it transformed the existing runway into an open public platform... It meant that the building could perform its physical, its material purpose within a capacity to open a strong mental field.

Was it in any way a personal matter, are you specifically interested in the Baltic region? I share the history of Estonia somehow. I have lived through the war in Beirut. I know what it means to live with occupation. What it implies to have to deal with the vestige of the war. Having gone through such history gave me this specific approach to the site. It was not a taboo to deal with the dismantled military airfield, even if the brief of the competition didn't mention this site.

It was essential to deal with history, transform it. History is subject related. The museum had to appropriate the runway to allow for a new life to happen in the context.  There is a strong 'romanticism' in this approach, however violent it may be.

The years working and designing this museum allowed me to discover more deeply the Baltic region, it draws a strong influence on my designs. There is a strong relationship with nature, with time. An abstraction yet a strong belonging to tradition and history.

Can you elaborate on how the building design incorporates the history of the site including the manor, the war and the airfield? The museum emerges from the ground of its site. It lives as an appearance. Its roof prolongs the existing 1km runway, lifting from the ground, running 350 meters long structure to announce its spectacular entrance from another side. From extreme 'silence' (as one looks at the building while standing on the airfield), to a monumental 14 meters high canopy space, opening up as a 'large speaker' embracing the public to its interior. The building offers a complete new reading to the landscape and its context.

The runway is no longer perceived as a passive vestige, but becomes an active ruin, a new one. It is now the prolongation of the Museum realm, one looses the start and end of the building, the past meets the future and both act as one body. A body open for appropriations and new activities.

The museum reveals the genius loci of the place. It plays all the moods of this site: military, poetic, romantic, surprising etc.; you can feel this with the different seasons, as the building moves in images and moods. The memory of war becomes an active one, a positive drive for the making of a new environment. From within the building houses a micro-city, series of boxes carved out and housing multiple activities for the museum.

The architectural approach of this project echoes also the history of the manor house. Now in ruin, the manor house housed the first collection of the National Museum, it was an old German noble's house during the German period in Estonia. Jackub Hurt re-appropriated this building to draw on the Estonian Identity. The new Estonian Museum plays back this history, through its appropriation of a reminiscent of the Soviet period. 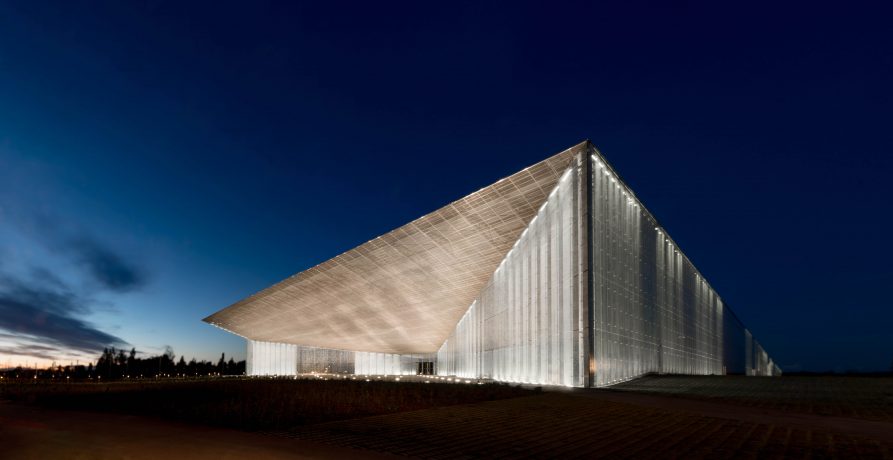 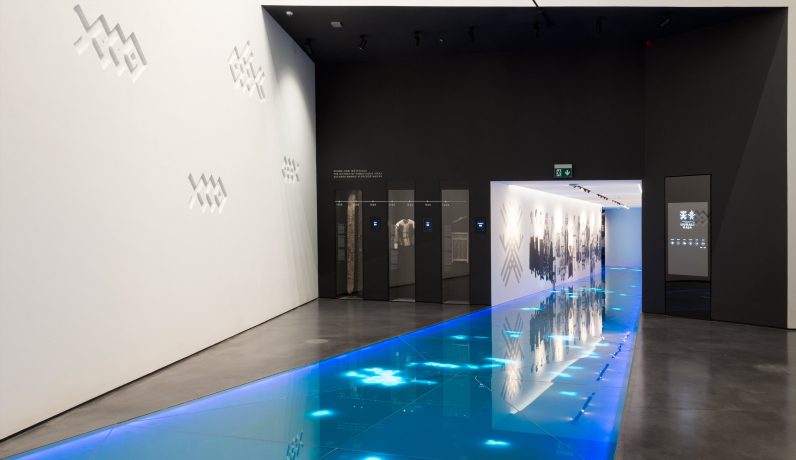 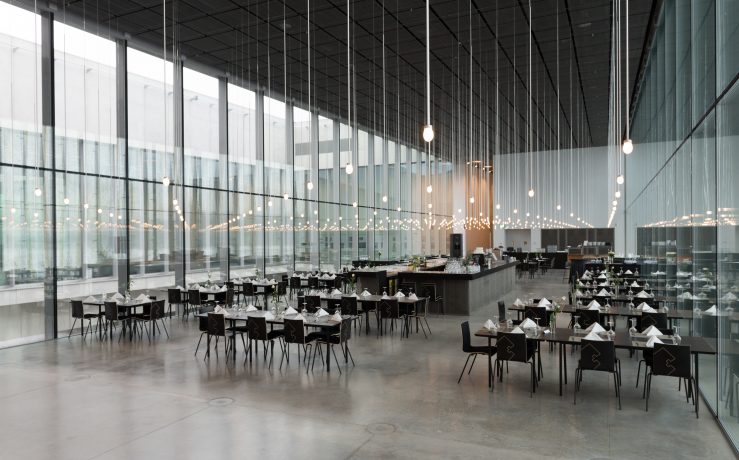 RestaurantCourtesy of Estonian National Museum
3 of 8 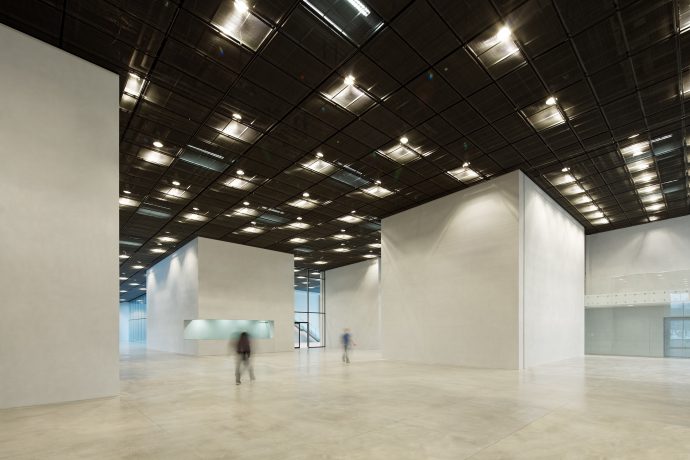 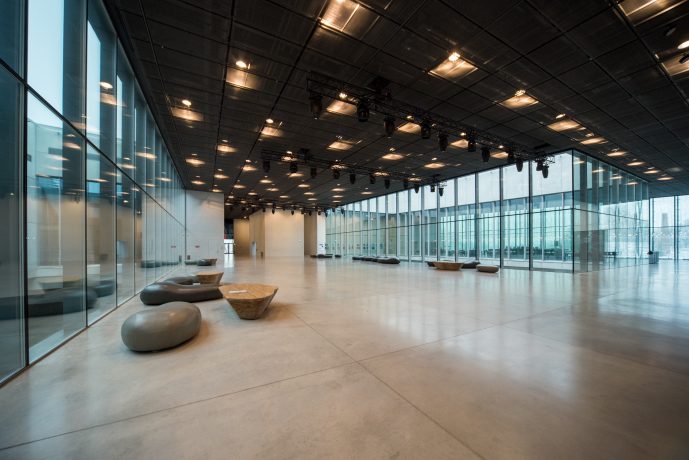 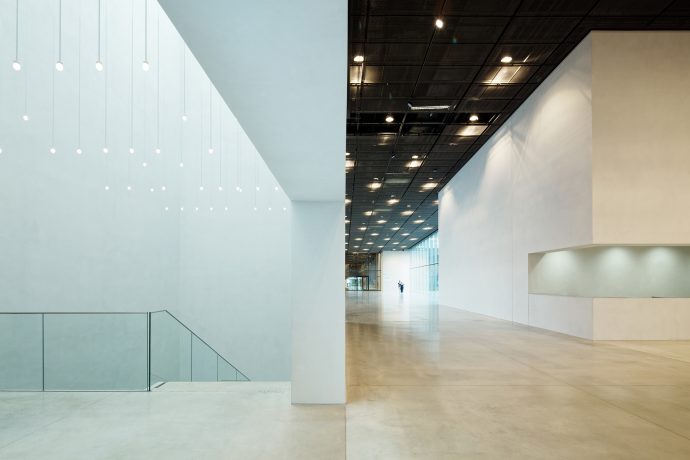 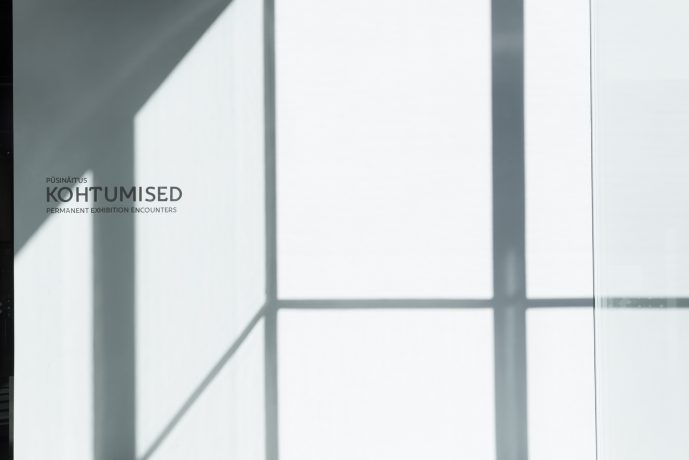 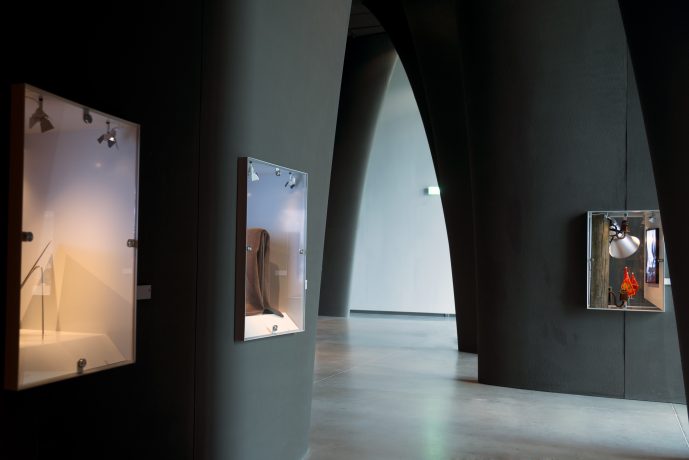 The museum seems to be naturally lit, although Estonia is not that sunny in winter, how did you achieve this inner light? The is environmentally friendly, has a low running cost, and is extremely well insulated. The archives are maintained in the basement constructed with silicate aerated concrete, allowing minimal consumption. It also figuratively speaks with nature and its surrounding. Large openings pierce within its width, drawing light inside and constantly disintegrating the 70 meters of its width. One feels the human scale despite its monumentality. The glass enveloping the building plays also with the light, through reflections, mirroring effects.  The architecture of this building transformed the museum institution by designing two entrances and a light gradation from the 14 meters high canopy to the 3.5 meters high entrance along the airfield. Lights creates the atmosphere inside the building, from a monumental embrace to a dramatic mood linked to the underlying history.

The project embraces and mills Estonia’s dramatic past – the Soviet occupation must not be erased from the nation’s memory. Instead, this period is given a new and hopeful meaning. Now, Raadi is not only a historic site marked by military use, but a runway to the future extended by the new museum building. Its slightly inclined roof symbolizes uprising, when sky is the limit. 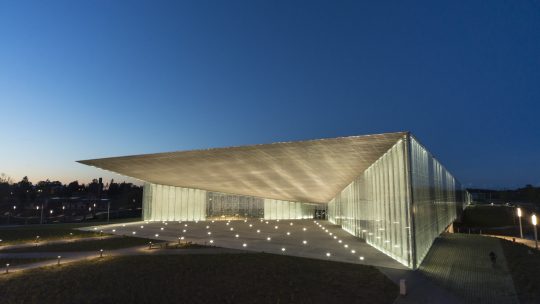