Today, SoHo is a fancy area that has been numerously praised in films and books, in musicals and TV-shows. It is probably one of the most popular residential neighborhoods in the world, but behind the glam of artistic bliss, the word neighborhood seems to have been lost. We tend to forget that it is a conglomerate of people, of their stories, of their struggles and happiness. The SoHo Memory Project preserves history created by people and for them.

Museeum approached SoHo historian, NYC native and SMP creator, Yukie Ohta to ask her how the museum came around, how does the audience react to interactive exhibitions, will SMP ever have a permanent home and much more.

Your love for SoHo must’ve inspired you to come up with The Memory Project, but maybe there is someone or something that played the crucial role?

I was born and raised in SoHo and I also live there now. I am raising Hanako, my daughter, in the building where I grew up, and she is the third generation in my family to live here. I therefore have very strong ties to the neighborhood. I am also an archivist and it is thus my life’s work to preserve and share the past with the public. There is no archive dedicated to SoHo as a community, and I feel that its past should be preserved.

The museum has unique items like a smell jar collection, how do you preserve it? And what items might disappear and cannot be recreated?

SoHo used to be a neighborhood of factories, and each one had its own smell depending on what it produced. I recreated the smells of baking, pepper and leather by placing cake mix, peppercorns, and scraps of leather in jars to remind us of the smells of SoHp streets. The memories of SoHo pioneers, as they age into their 70’s and 80’s, will disappear forever if not captured. And that’s what we try to do.

Memories are precious, but can be written down, if you are there to ask the questions and what is the most physically delicate piece in your collection?

The ephemera is the most delicate, as these items were made to be discarded. Posters, flyers, sign-in sheets for meetings to fight for loft tenant rights, these types of items. 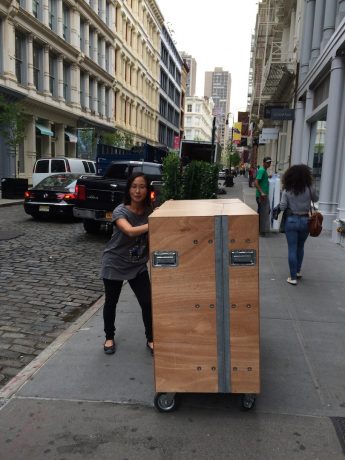 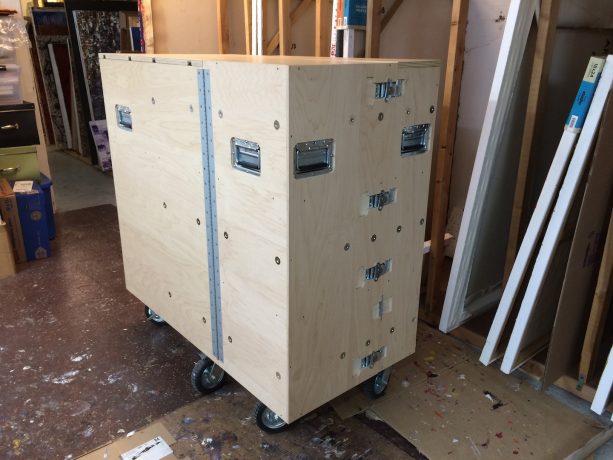 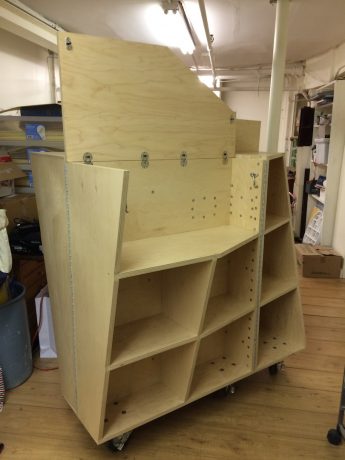 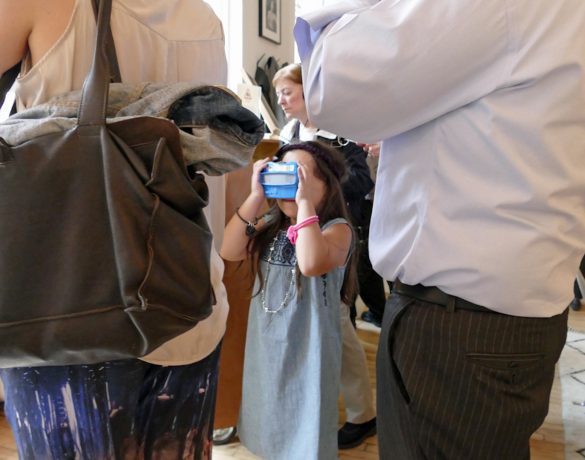 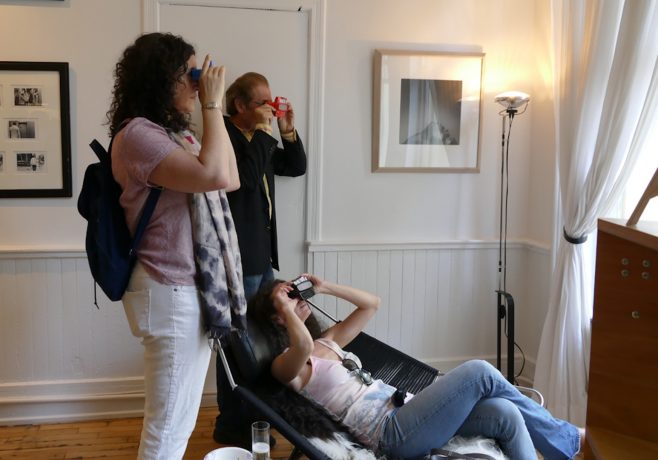 What item is the most popular? And how does the audience react to sensorial exhibition?

I have had a 100% positive response from my audiences to the exhibit. People find it very interesting and liberating to be able to interact with the exhibit because at most museums one is told not to touch or otherwise interact with the items on display. The smell jars and the View-Master viewers have been by far the most popular objects. Another advantage is that the exhibit is suitable for the visually and hearing impaired, as the exhibit asks visitors to use all of their senses.

The fact that the museum is mobile gives it special charm, but would you consider a permanent space?

Right now, my exhibit is mobile, but perhaps one day we will have a permanent home. In the meantime, I am working on an oral history project, a film, a book, and an interactive website, and there is an audio tour and a podcast forthcoming. 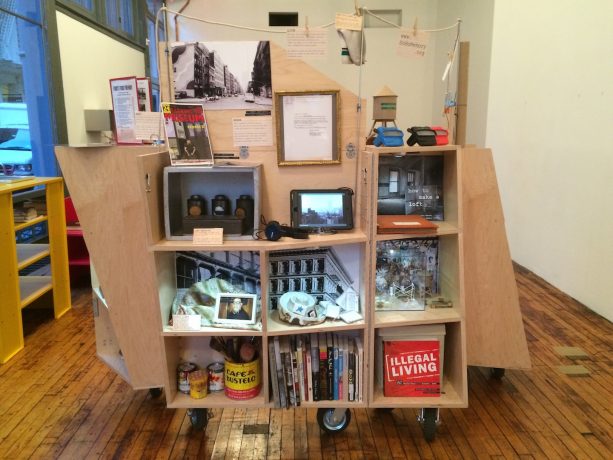 SMP Mobile MuseumSMP at Judd
1 of 7 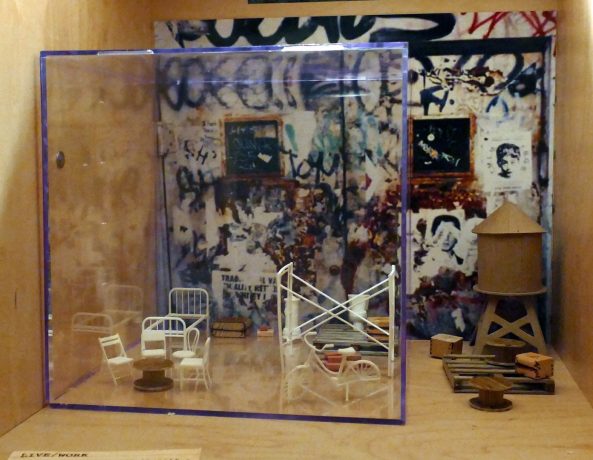 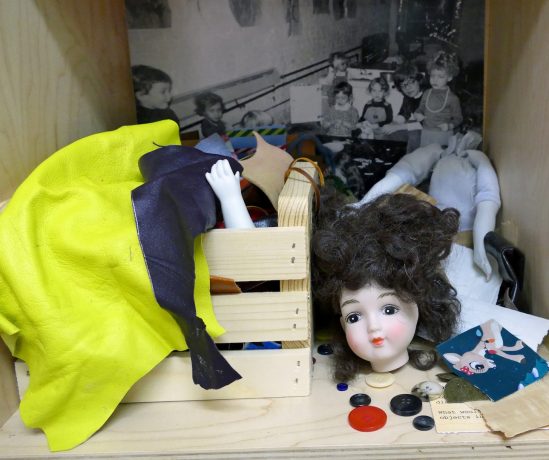 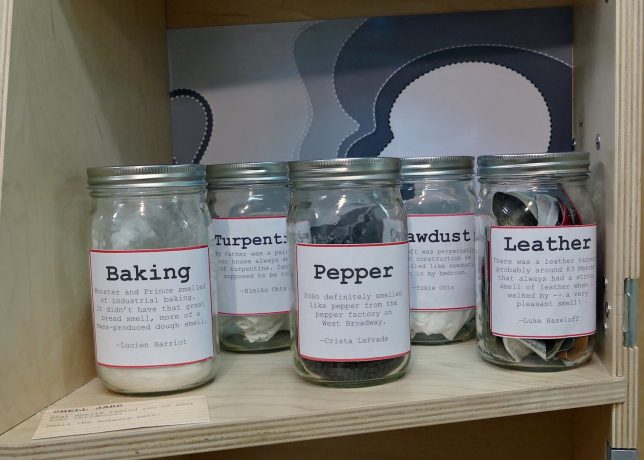 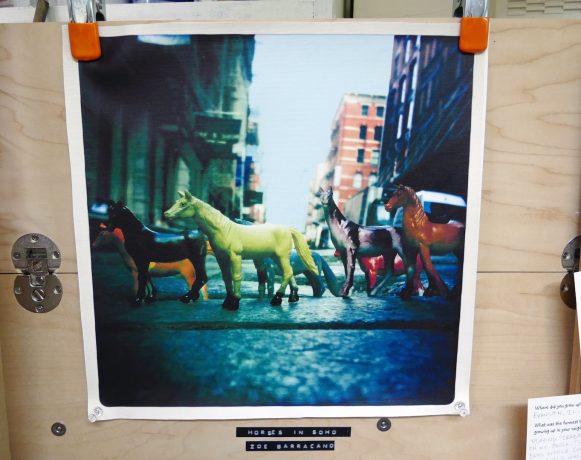 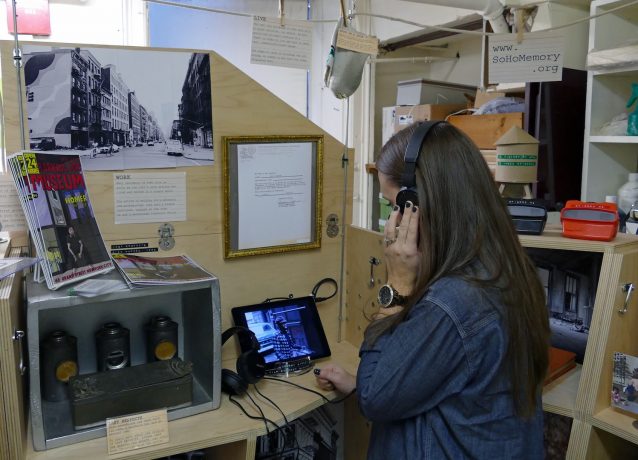 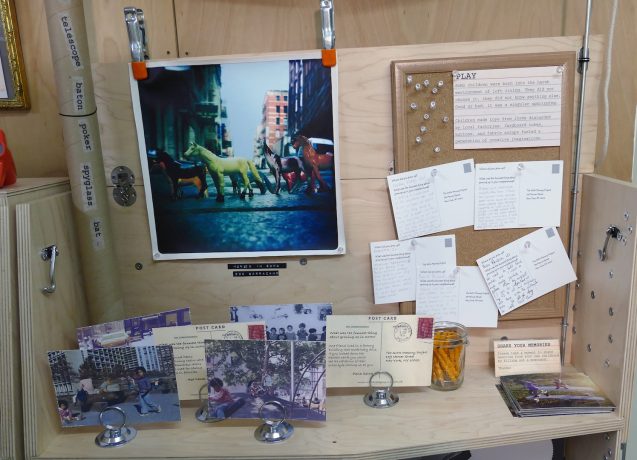 SMP Mobile MuseumSMP at Judd
7 of 7

While the museum is mobile can it travel around the US and around the world?

Theoretically it could travel anywhere one could take the museum cart. At present, I am only visiting sites in SoHo, though I have given lectures around NYC and have taken parts of the exhibit with me.

We at the Museeum hope to visit SMP’s permanent home soon and learn so much more about SoHo. 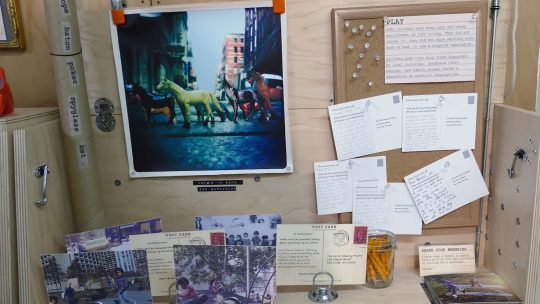