Brussels, Belgium, has a broad cultural and art background. There are plenty of small private art galleries along with quite a few big ones, including some great museums with exquisite artwork collections. There is really not enough time to see everything during one stay Belgium's capital, but there are some places that are listed as a „must see” for art lovers. One of these places is definitely the Oldmasters Museum, where visitors can spend some time with the best of the best of European painters while contemplating their work in a beautiful architectural surrounding.

Along with a few other museums, such as the Magritte Museum, the Oldmasters Museum is a part of the Royal Museums of Fine Arts of Belgium. The first collection originated during the French Revolution, when many of the Belgian aristocracy’s art collections, along with those owned by various religious institutions, were taken from them. Four years after the the outbreak of the Revolution, Guillaume Bosschaert, managed to obtain most of the work deported to Paris and gathered it all in the old palace of Charles Lorraine in Brussels. In 1801, Napoleon Bonaparte himself (at that time consul) founded the Museum with the collection creating the base for the current assemblage. The Museum was created under the French Empire, but it was only in 1811 when the Museum was handed over to the city of Brussels. When the city was taken over by the Kingdom of the Netherlands, the sovereign Wilhelm I became a patron of the Museum. He enlarged the collection and moved most of it to the old building of the Royal Palace. The Museum became a national institution when, in 1835, King Leopold I issued a special document commissioning it to art in Belgium.

The Museum is located at the Place Royal, as is the Fin de Siècle Museum and quite a few others. On the way there, starting from the Grand Place, you have to climb dozens of stairs, but the view from the top of the square is absolutely worth the effort. The Oldmasters Museum takes the top floor of the massive, beautiful building of the headquarters of Royal Museums of Fine Arts.

The collection includes around 1200 paintings and sculptures coming from the period of time between 14th and 19th centuries. It mainly gathers artwork that originated in Netherlands, mostly Flemish art. There is no way of listing all the masterpieces; it’s best to visit the place when you have the chance. However, the names of the signature painters of the Oldmasters Museum are worthy of listing. Presenting several masters:

Dirk Bouts (e.g. „Justice of Emperor Otto III”) - Dutch artist, born in 1415. Bouts mostly painted in Leuven, where he was considered to be a city painter. He was one of the first painters who put the rule of linear perspective with one point of crossing in his work, as it was in „The Last Supper” in the Altar of the Eucharist in the Church Sent Pieters in Leuven.

Pieter Bruegel (The Elder) (e.g.”Census of people in Bethlehem”) - Dutch painter, called the „peasants’ painter”, because of the theme he focuses the most on. Mainly known for landscapes and scenes portraying peasants’ life, his most famous work comes from the years when he was living in Brussels (according to a story told by Van Mander, Bruegel got married in Brussels and was pushed to stay there by his mother-in-law to distance him from his Antwerp mistress, a servant girl). He had two sons, both were painters, and Pieter Brueghel the Younger’s work hangs in the museum beside his father’s. 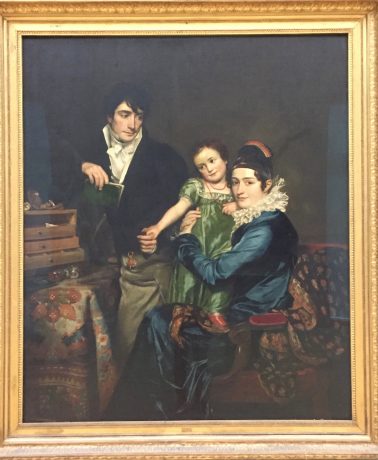 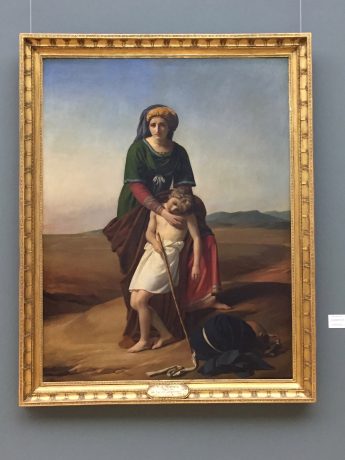 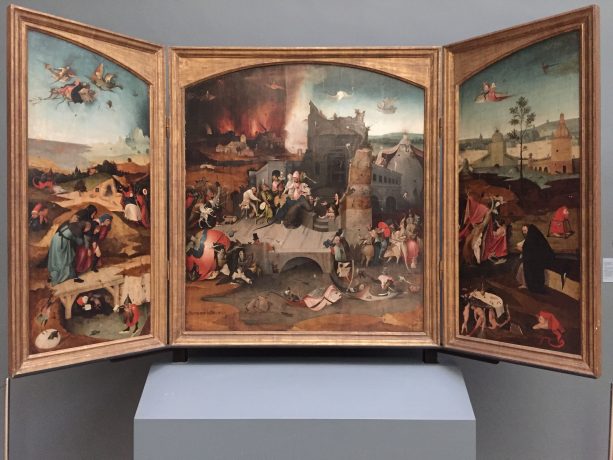 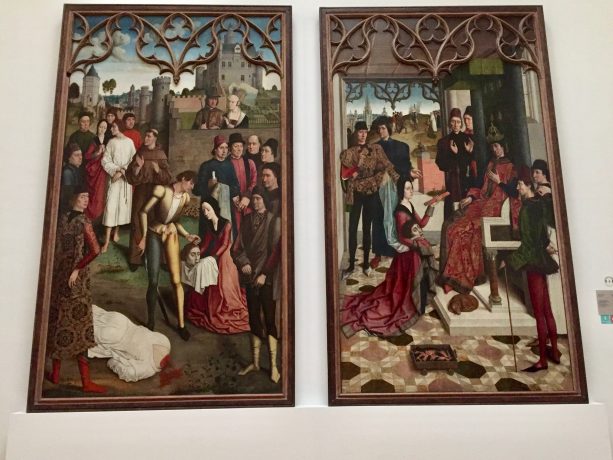 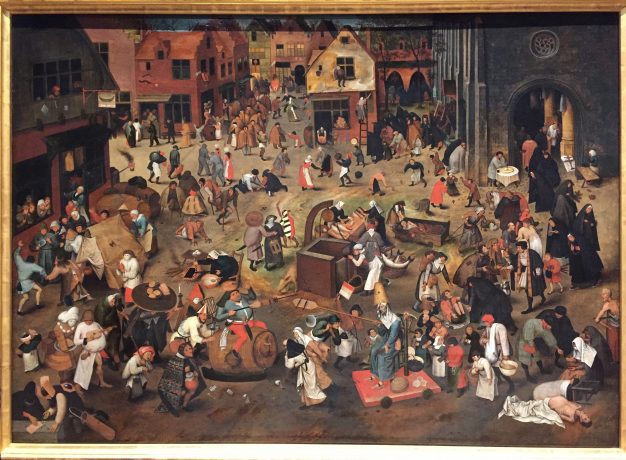 Robert Campin ( e.g. „Annunciation”) - Flemish painter, also called the Master from Flèmalle or the Master of Mèrode Triptych. Campin primarily focused on religious theme or portraits, also he is considered to be an initiator of Northern Renaissance, though his early work still has some Gothic qualities.

Jacques-Louis David (e.g. „The Death of Marat”) - French painter and court artist of Napoleon. He was not only thought of as a main representatives of Classicism , but also considered to be one of the main pillars of Enlightenment and one of the official artists of the French Revolution. He created the the symbol of the Revolution: „Oath of Horace.”

Peter Paul Rubens - (e.g. „The Fall of the Titans”) Flemish painter, one of the most famous one of the Baroque époque. A very well-educated artist who mostly worked in Antwerp, the qualities of his work were primarily focused on sensuality, dynamism, restlessness and vehemence. His pronounced individual style had a massive impact on the Flemish painting for dozens of years.

Rogier van der Weyden - (e.g. „The Man with an Arrow). A representative of Flemish School, in 1435, he became a city painter in Brussels. He never gave his signature nor dated his work. Strongly influenced by the work of the aforementioned Robert Campin, Rogier van der Weyden's art had a massive influence on European painters of his time.

Besides the few mentioned above, the Museum also gathers works of the Gothic style (Hans Memling, Petrus Christus and Gerard David) and other eras as well. A wide part of the collection covers the main painters of the Baroque period (Jakob Jordaens and more). A large part is sacrificed to Flemish painting, which was blooming in 17th century. There are also examples of Classicist and Modern Art. The Museum is still fairly small, so it’s possible to cover all the great painting within several hours.

It’s highly recommended that you get your ticket for the Oldmasters Museum along with Magritte Museum ticket, as the two museums are located beside each other and the price is more favorable. While visiting Brussels, a little meeting with the great Old Masters is a must, and not only for fine art lovers! 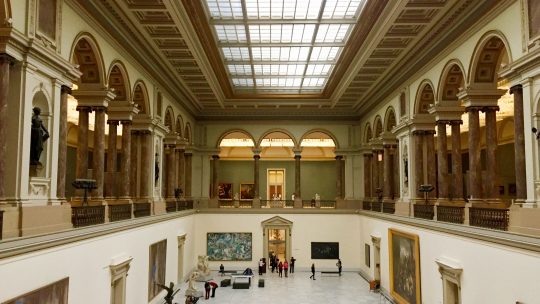