So it’s where the King was eating, sleeping and partying...

The pearl of the city of Warsaw is the Old Town – an area that remembers nearly everything about the history of the Polish capital. It was destroyed and invaded multiple times, but each time the residents managed to save it and reconstruct it. It’s one of the most beautiful parts of the city, surrounded by the fragments of the wall protecting the town. Currently, the Old Town is full of restaurants, cafes and little shops; it’s also the most crowded part of Warsaw. However, at the „entrance,” by the Castle Square, the Royal Castle presents itself proudly. It’s now a museum as well as one of the state’s representative buildings. 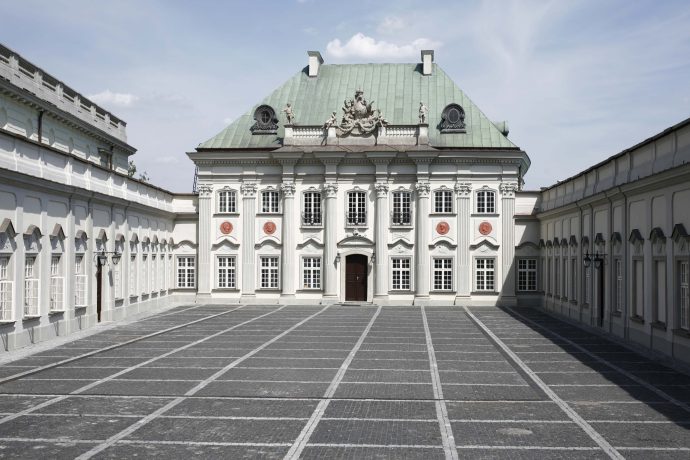 Royal CastlePhoto: A. Ring, thanks to the courtesy of the museum
1 of 2

Castle fot. Krzysztof-KobusPhoto: Krzysztof Kobus, thanks to the courtesy of the museum
2 of 2

During medieval times, Warsaw was the headquarters of the princes of Mazovia, which was one of the districts of the Polish kingdom at the time. The history of the borough is nearly long as the city’s history and reaches back to the early 14th century. At first, it was just the wooden-earthen ward built next to the riverbank by the initiative of Mazovian Prince Boleslaw. Soon after, it turned into the premises of the sovereign; at the beginning of 17th century, the royal court was moved from Wawel Castle in Krakow to Warsaw. The king at the time, Sigismund III Waza, found Warsaw more convenient in terms of location as it was easier to organize his journeys to Sweden from there. Soon after, the official royal residence was moved to Warsaw. Since that time, the city has been the capital and most political events have taken place there. 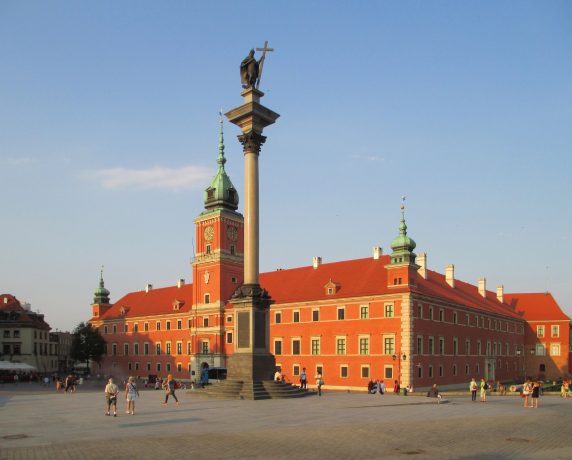 Royal Castle in WarsawPhoto: Avi1111, via Wikimedia Commons
1 of 4 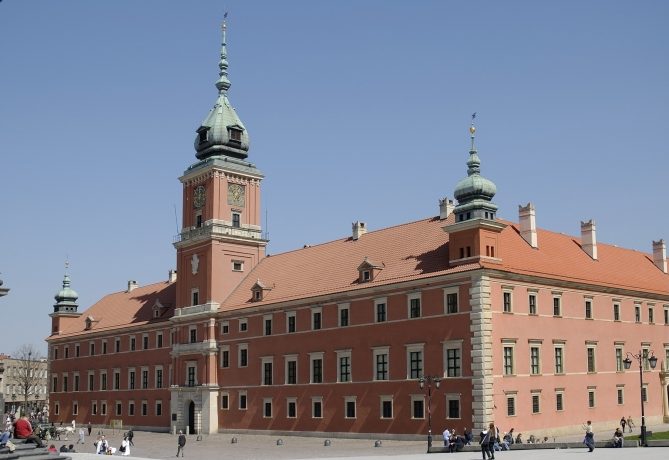 Royal CastlePhoto: A. Ring, thanks to the courtesy of the museum
2 of 4

Royal Castle in WarsawPhoto: Filip Maljković, via Wikimedia Commons
3 of 4 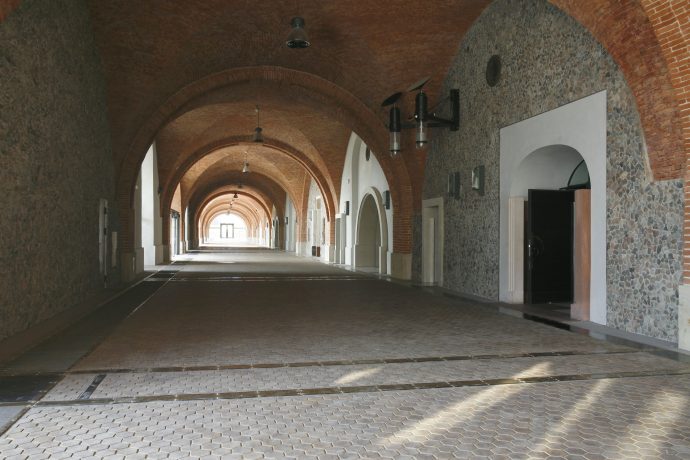 Royal CastlePhoto: A. Ring, thanks to the courtesy of the museum
4 of 4

The castle was invaded and plundered numerous times by the different armies. After the fall of the November Uprising (a famous Polish uprising during the Partitions of Poland), it was converted into the Russian administration building. During the First World War, it became the premises of the German General Governor. Then during the times of independence, it was home to the president of Poland until the Second World War started. The bombardment started in 1939, but thankfully the museum crew managed to save some of the artwork and elements of design. In 1944, the Nazis blasted the castle destroying it completely. Nearly forty years later, the castle was re-opened to the public. Most of the funding for the reconstruction came from donors concerned about rebuilding Poland’s national heritage; however, some of the castle’s greatest treasures went missing and were never found. For example, one of the most valuable items from France that King Stanislaw August ordered for the castle was the console table for the throne room with a huge rotation clock, which was designed by two notable artists: Victor Louis and Jean-Louis Prieur. After thorough research, only one element of the clock was found, and it is available to see on display. 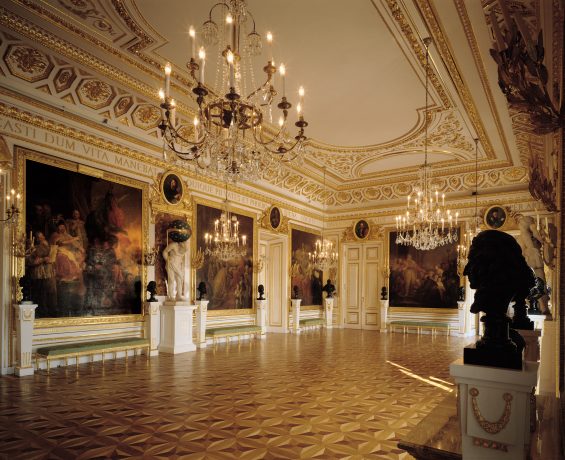 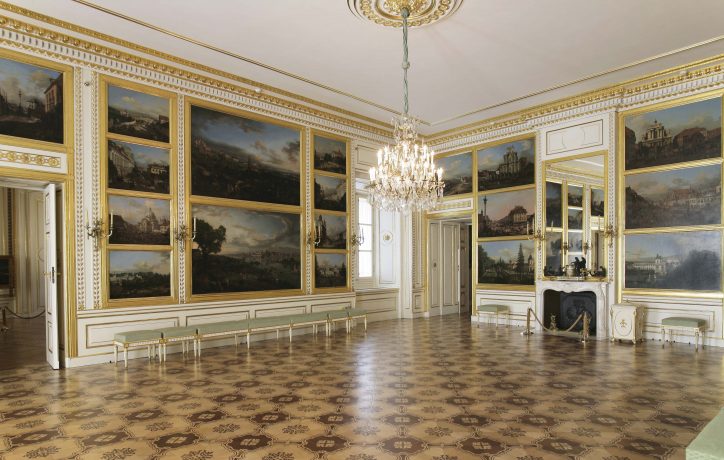 Royal CastlePhoto: A. Ring - thanks to the courtesy of the museum
2 of 4 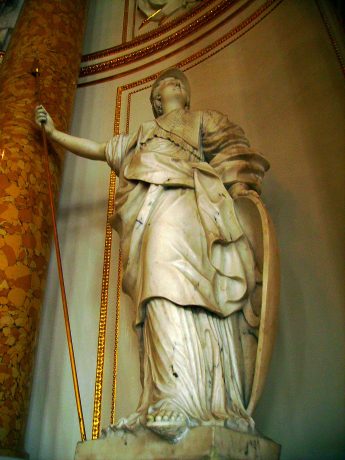 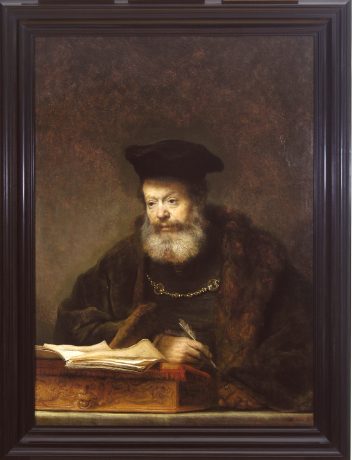 Royal CastleThanks to the courtesy of the museum
4 of 4

Nevertheless, there are still plenty of other things to see in the castle as there are several permanent exhibitions on display. You will need a good half day (or more if you like to take your time!) to see everything. Because the entrance is usually free on Sundays, it can be a nice idea for a royal stroll after Sunday breakfast in the Old Town. The main route is called the „Castle Route” and covers an exhibition called „The destruction and reconstruction of the castle.” There, visitors can see the ground floor and the first floor of the castle. The ground floor includes the Lanckoronski Gallery featuring Rembrandt paintings, along with the gallery of paintings, sculptures and craft. The collection includes all the artwork that was given to the museum in 1994 by the heir of noble Lanckoronski family. Thanks to that gesture, one of the best private collections was presented to the public. Another collection on display, which used to belong to the last king of Poland, Stanislaw Augustus, features 16th and 17th Flemish and Dutch paintings and various ceramics, gold, silver, jewelry and miniatures from the castle’s collection during the 17th through the 19th century. When going to the first floor, visitors can enter the more „private” part of the castle and walk through the rooms where the king lived and worked in. One highlight is the Oval Gallery where, after reconstruction, the valuable Brussels tapestry from 16th century was hung along with the gallery of Polish king portraits from the 16th and 17th century; the Oval Gallery leads to the king’s apartments. There are also two other places to see, the Council Room and the Great Room, that are the representative space of the castle where the king would not only hold political meetings, but also balls, celebrations, concerts and theater plays. The oldest space in the apartment is called the Marble Room, which was built during the reign of Wladyslaw IV in the first half of 17th century. The room was redesigned in the 18th century, but the basic design elements were kept. There is also the Knight Chamber, which was constructed according to the King Stanislaw Augustus’ vision. This chamber was created to honor famous Polish heroes, whose portraits can be seen on the walls. Finally, there is the Throne Room, the most important of all, which was designed by the whole team of Royal Architects, including: Dominic Merlini, Jan Christian Kamsetzer and Jan Bogumil Plersch. The interiors were precisely reconstructed to their look from before 1939. 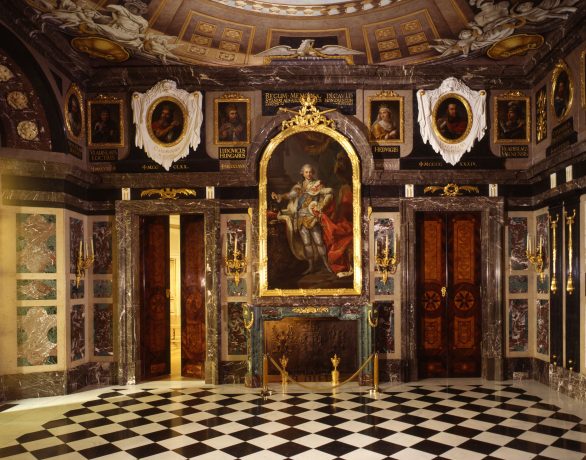 Royal CastlePhoto: M. Bronarski, thanks to the courtesy of the museum
1 of 3 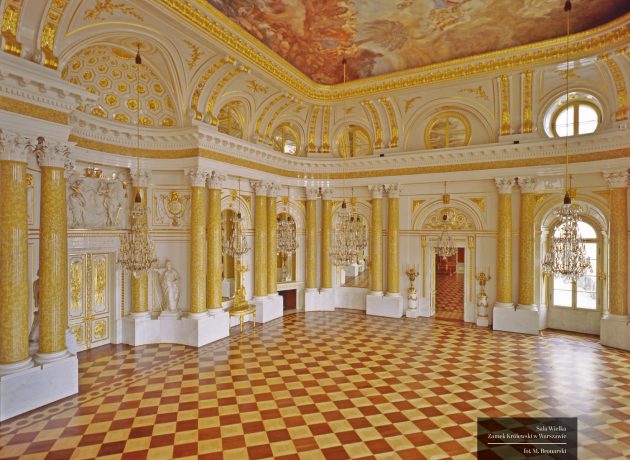 Royal CastlePhoto: M. Bronarski, thanks to the courtesy of the museum
2 of 3 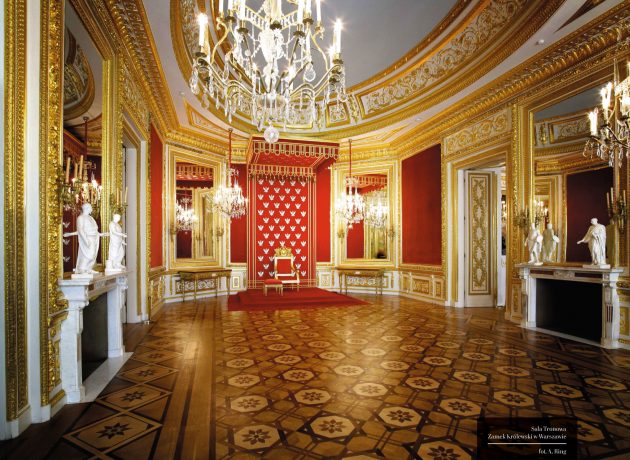 Royal CastlePhoto: A. Ring, thanks to the courtesy of the museum
3 of 3

Apart from this basic route, there are quite a few other places to see, such as the Upper Garden, Kubicki Arcades (which is one of the most original architectural spaces in the capital), the Numismatic Cabinet and the apartment of famous Polish writer Stefan Zeromski, who received a shelter in the Castle during 1924-1925.

The Royal Castle is in the Castle Square, which is just between the Old Town and the end of the Krakowskie Przedmiescie promenade. There is also a famous column of King Sigismund III Waza who looks proudly at the approaching newcomers. It’s an important place on the museum map of Warsaw and an important one on the historical map of Poland. It’s also great to see that everything can be rebuild if there is only a will strong enough to do so. Definitely a must-see during the visit in Warsaw! 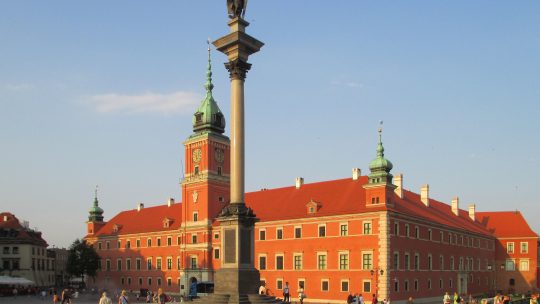